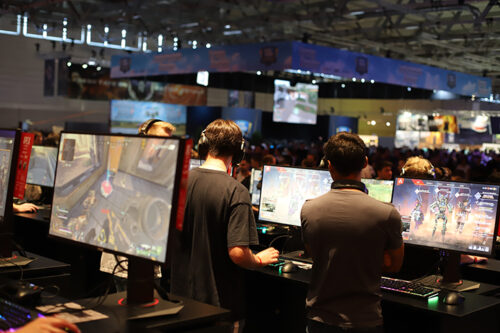 If you’re a fan of online games, you’ll appreciate these best practices for a warrior in World Of Warcraft

The Job of the Warrior is to get relentlessly beat upon. While there are a handful of classes in World of Warcraft that have the capability to tank, the Warrior stands above them all with more talents, abilities and equipment geared for the role. In a group setting, if the warrior dies first, they died knowing they did their job to the best of their abilities. Some players are better at holding the agro from the monsters than others, but it’s a common adage that effective tanking is 10% gear, 10% talent build and 80% skill.

A large part of effective tanking is outside the hands of the warrior. One common fallacy held by the players of World of Warcraft is that if a tank loses control of a monster, he’s a bad tank. While this very well could be true, the case could actually be quite the opposite. There is a limited number of things a Warrior can do to generate threat on a creature. Assuming that the skill, talents build are in place and the gear collected, he can build a lot of threat. There is an upper limit to the threat obtainable. When a character is assigned to tank, he will not be generating the majority of his threat from dealing damage to a target. Outside of the Warrior class, dealing damage is the best way to increase threat on a monster. Over a period of time, the threat from damage caused by another character can overcome the threat generated by the tank. In such a situation, as long as the warrior was using all his abilities to their maximum effectiveness, there’s nothing else he could have done to keep the focus of the enemy. A party who knows this, and can manage their own threat makes the tanks life that much easier. At lower levels, the group tends to blame the tank if he loses control of the monster. In the end game forty man instances, the smart groups tend to blame the player who pulled the target for not managing his own threat.

Warriors are very dependent on the sort of gear they use. If the goal is to play the higher intensity raid instances, a lot of time will be spent gathering up the equipment. For a tank, there are three main things to look at while gathering gear: Stamina, Armor Rating, and Defense. Stamina gives the character ten hit points per point. That may not seem like a lot, but just like pennies in a piggy back, it starts adding up. Armor Rating lowers the incoming damage percentage. Defense ups the skill of the same name, and lowers the chance that enemies will critically hit the tank by a percentage point for every twenty five points of defense. Thankfully, World of Warcraft offers many different dungeons to crawl in order to gather equipment with all of these perks. On epic pieces of armor, players will find bonuses to blocking skill or dodge percentages, and those are nice too, but those will only come after time spent tanking. There will be a long time when the characters will be relying on uncommon and rare equipment that is much easier to obtain.

Of the 51 talent points World of Warcraft offers its players, eighteen of those should be dedicated to the protection tree. For a tank to excel at his job, it is in his best interest to send points on the talents Defiance, Toughness and Last Stand. Neither five point talent on the first tier of talents a warrior can access truly outdoes the other, one raises the chance to block with a shield, the other raises the characters natural defense. Both are good options, yet not required for optimum tanking. On the second tier, five points in Toughness gives you ten percent more armor contribution, and at the high armor ratings a warrior can achieve this talent can decrease all incoming damage by up to five percent. Also on tier two is the Improved Bloodrage talent. This two point talent is useful, but not required to tank. It is required to gain access to the tier three talent Last Stand. Last stand increases the warriors current and maximum hit points by thirty percent for twenty seconds, great for the times when that heal is coming just a second too late. Lastly, the Defiance talent raises the threat generated by the warrior by fifteen percent. Without all these talents, the warrior is not able to tank to the best of the class’s ability.

The gear is in place, the talent build is good, but the most important thing to tank effectively is the skill. Its not hard to tank. It just takes knowledge. Sunder Armor is the staple of every tanks retinue. It is the most efficient way to gather rage early in a fight, and it makes the enemy easier to kill by lowering its armor rating. Another ability widely used is Heroic Strike. Some tanks use these two abilities and they manage to control the monster. In a prolonged fight, this will not be enough. There are three abilities other than sunder armor that allow the tank to gain as much agro as possible. Shield block, while not an threat generating ability in itself, it guarantees a block, which in turn allows the tank to use the Revenge ability. Revenge is the lowest cost and highest threat generating ability in the game. Finally, Shield Bash, a high threat producing ability used primarily to stop a spell caster from casting can be used liberally on non-magical foes to generate high amounts of threat. Each of these abilities should be used when they are cooled down and available. Once the basics of tanking are understood, each individual player can add their own flavor to the game and improve on their own abilities.

About The Author: Hunter Crowell is a researcher, avid online gamer, and creator of Buy WOW Gold, a site that helps players find the cheapest place to buy their gold.