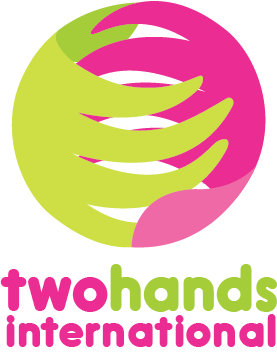 The universal language of music could be heard emanating from the hallowed halls of the Ruth Hartley Mosley Center for all the right reasons recently during a jazz fundraiser on behalf of Two Hands International. Featured was rising trumpet player/Hip Hop artist/music producer, Vinson Muhammad, and his fellow-musician friends, who apparently at the business of creating global citizens. The effort was a collaboration between the center, Two Hands, and Muhammad designed to garner public financial support for the organization’s international global youth initiative.

June 24, 2014 marked the inaugural departure of two Macon youth—Fatimah Sledd and Michael Wimbush—for a 10-day stint in Roatan, Honduras along with Muhammad and Tonja Khabir founder/director of Two Hands International. The primary function of the trip is to expose youngsters to other cultures and the dynamics of people around the world first hand and, in exchange, to teach those they encounter how they live here in America.

“I felt starting them in high school caring about other people around the world and issues affecting our world, was something that I really wanted to do,” stated Khabir. “Getting them to know that there is a world outside of what they know is the goal.”

Started in 2012, the youth initiative can best be described as an interactive, structured, multi week curriculum that exposes participants to the realities of global travel and outreach through cultural education inside and outside of the classroom. Two Hands held its first session for 10 weeks at the Ruth Hartley Mosley Center this past spring. Six students made up the first class, with four finishing. Those that completed the curriculm received their passports and the ability to travel abroad. But receiving the coveted doc comes with requirements.

The Two Hands program is open to ages 6 to 17. To qualify for participation, students must submit a one-page resume; an essay and complete an application. Sessions run from October through May and are comprised of cultural activities, educational opportunities, and community engagement.

Of the four graduates, Sledd and Wimbush are going to Honduras this year. According to Khabir, they will have a full slate once they hit the ground that will include sharing what they have learned in Macon as they strive to master the Roatan way through visits to local villages and participation in local customs including dance ceremonies. Like Sledd and Wimbush, youngsters successfully vying for a spot in the 2014-15 class who see the Two Hands program through will find themselves in the East African country of Kenya next summer, with the help of family and friends, Two Hands International, and supporting sponsors.

Muhammad is the Youth Leader for Two Hands and will share his knowledge of the martial arts while in Roatan. The Taekwondo black belt teaches the ancient Korean fighting form locally but on this night used his musicianship as the means by which the public could assist with helping Sledd and Wimbush having a memorable and productive trip.

“Global leadership is something that connects Macon youth with the world. When they see that people in other cultures have more in common with them than not, then they are able to find a link between what they have learned here and apply it to other communities,” said Muhammad.

Scott’s mother, Maia Scott, who was in attendance at the fundraiser commented on how important it is for young people to get a global experience. “When you travel, it opens up a new perspective and horizon. So it is great when they can go abroad and share experiences with others outside of their community,” she said.

Near the end of the evening, supporters could be seen generously doling out dollars to Khabir, between bites of provided refreshments and music breaks. According to Ruth Hartley Mosley Center director Gerri Marion-McCord, that scene solidified the partnership between the center and Two Hands International.

The center served its purpose as the host site for the Two Hands program recently and on this night as a platform of community outreach on the organization’s behalf. “Mrs. Mosley specifically said that she wanted her home to be a community resource and community gathering place for the citizens of Macon,” stated McCord. “As a world traveler and socialite herself, this event is in line with what Mrs. Mosley desired. We are proud to work with this organization as a part of her vision and intent.”

Learn more about Two Hands International by calling 404-618-8504 or by visiting their web site at www.twohandsinternational.org .

Tagged with: Fundraiser self discovery 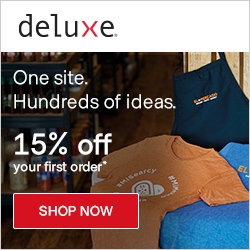