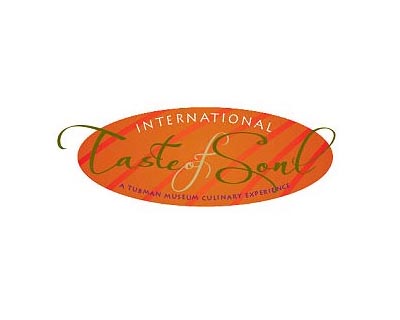 There was almost too much to choose from Cuban rice, Asian noodles, Turkish beans, and that is the short list. These are just three of many dishes sampled by those attending this year’s Food for the Soul event, the Tubman African American Museum’s International Taste of Soul. With nearly 20 vendors to choose from, taste testers could be seen table hopping… stopping… and popping in the featured dish of their choosing, one at a time. Included were Lemongrass, Macon-Middle Georgia Black Pages, Molly’s Cafe, Tubman Torchbearers and Jamaican Kitchen, just to name a few.

The purpose of the event, according to Tubman officials, was to showcase comfort food, or soul food, from various cultures. BB&T Bank, Macon-Bibb Convention & Visitors Bureau, Morrison’s Cafeteria and Butler Automotive served as event sponsors. In addition to the right to eat, for the nominal cost of $25, Taste of Soul participants also received a tour of the Tubman, entertainment, a signature drink, door prizes, a discount in the museum gift shop, and an opportunity to learn more about the museum. “This is an important fundraiser for the Tubman,” said museum sales and marketing director Nichole Thurston. “It is a great way to bring people together for a common goal, which is to raise funds to keep the museum viable and available.”

The heavenly aroma and taste of culinary delights from around the globe combined with the ambiance of the museum and the positive synergy of the many guests in attendance made for a good outing, according to Shirley Lester. The former Bibb County Training Coordinator agreed with Thurston and stated, “Food is always a good way to bring people together.”

Taste of Soul exposes the community to different cultures who can come together and appreciate the differences of others,” added Lester, following a successful bout with a small plate of Lemon Pepper Chicken Wings from Francar’s. It was one of her favorites, along with the Indian-style Curry Chicken.

Sumitra Himengshu, a Tubman board member, doubled as a vending representative for Middle Georgia State College. She and MGSC Director of Auxiliary Services, Kevin Reid, manned a table on the second floor. The chicken Lester spoke of has it roots in Himengshu’s homeland of India and her mother’s repertoire of recipes. She said that a Taste of Soul exemplifies food’s ability to bring people together for the same reason. “Food is like music for the soul. To bring a plethora of experiences together under one roof is amazing,” she exclaimed.

For those of us working the event, sampling dishes went fast and furiously. Musician Dean Brown and friends provided live music, but he managed to squeeze a bite or two in during breaks. He was most impressed with the Gullah Rice and the similarities it shares with other rice dishes from the American bayou, West Africa, and Cuba.

On the other hand, this writer’s personal favorite was the Seven Cheese Pimento Cheese Sandwiches. Everyone of the multitude of cheeses, ground walnuts, chili peppers, cayenne, black pepper, and mayonnaise that made up each sandwich could be tasted. The amalgamation of various foods and spices could best be described as explosive. From the first bite to excellent after taste, Mae Thurston got it right.

On this lazy hazy Sunday afternoon, not only was she Nichole’s mom and Executive Director of the Middle Georgia Arts Association, but creator of the most delightful—and apparently most popular—dish of the day. Armed with 200 sandwiches upon arrival, Thurston and her husband left with just 30 at the end of the day. She was happy that Taste of Soul attendees had lightened her load, but more satisfied with the turnout and the way everybody came together to eat, drink, and be merry.

“The sense of community is the benefit of participating in this event,” smiled the elder Thurston. “Everyone needs to experience the museum and a Taste of Soul.”