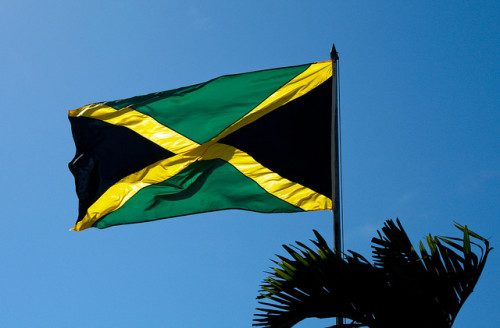 Smiley’s Flea Market was alive with the sounds of reggae and Calypso music, the taste and smell of Jamaica, and the sights of Caribbean culture, thanks to the Festival and over 300 Central Georgians and other visitors. It was much to the satisfaction of Patricia Fagon, owner of Jamaican Paradise restaurant and the visionary behind this first-ever attempt to celebrate the Caribbean way, which raised money to help children in need at St. Jude’s Children’s Hospital in Memphis.

Four months in the making, the Middle Georgia Island Festival featured an impressive array of special guests, including Macon-Bibb County Commissioner Elaine Lucas, a proclamation from the Mayor’s Office and the M-BC Commission, iconic Jamaican food, island music, and transplanted islanders decked out in traditional Caribbean garb. It proved to be a family friendly outing with children seeing how low they could go at a spot on the plaza next to Smiley’s vendors and Fagon’s restaurant designated for Limbo. Atlanta’s Rockerz Band kept the place jumping by playing Bob Marley classics like One Love and Stand Up for Your Rights as festival goers filled up on Jamaican food fare after making stops at tables topped with festival tee shirts and mini Caribbean flags.

All the trappings of the Caribbean were wrapped in smiles, dancing, hugs, and handshakes. Fagon said the festival accomplished the goal she and her friends set forth for the event. “I want people to have the same curiosity about Jamaica that they have about other major tourist centers. I predicted that if they came out today that they would feel like they’re there,” she added.

Originally from Old Harbour, Jamaica, Fagon has been in Middle Georgia since 2005. Her passion for people and her native land sparked the idea to put on an event dedicated to Caribbean culture in February while at home healing from a bout with a physical ailment. She called up her friends and the rest is history. To take the value of the outreach effort to another level, Island Festival organizers additionally attached donations, raffle tickets for a cruise for two to the Caribbean, and a 40″ flat screen HD television to the event.

Smiley’s Flea Markets president, Ben Campen, was on hand during the Festival and was elated. “An event like this helps to showcase Smiley’s and expose us to other segments of the community that wouldn’t otherwise be here,” he said.

In the crowd was an eclectic blend of black and white, male and female, young and old, along with locals and Caribbean natives. Sixteen-year-old Jones County High School student, Keniqua Daphnie, came to Middle Georgia from Jamaica as a little person. She helped to open the Festival earlier in the day with her take on the Star Spangled Banner on her saxophone. She said she was honored to have played and really enjoyed being at the event. “The festival makes me feel like I’m back home. People, especially young people, should come out in the future and see firsthand what Jamaica is all about,” she suggested through a toothy grin.

Phil Grubb of Warner Robins, a retired member of the military, attended the Middle Georgia Island Festival with his 10-year-old twin daughters, Morgan and Sydney. Grubb is 12 years removed from his native Montego Bay, Jamaica by way of Brooklyn, NY, but is committed to staying in touch with his roots. “It’s an eye opener for locals. People can see that we (Caribbean natives) bring something different to the table. Events like this bring awareness and explain why we (islanders) do what we do,” said Grubb.

In addition to continuing to help St. Jude, Fagon wants to assist less fortunate children back home with getting better educated. Next year’s Festival will have that effort attached to it along with the continued commitment to send funds to the hospital she promised. As the celebration wrapped up, a look of pure satisfaction could be seen all over the face of Fagon as the thoughts she shared earlier came to mind.

“I wanted to bring people together for love and peace,” she said. “Bringing families together was a big goal. And we have accomplished that today when you see all the people smiling and having a good time.”