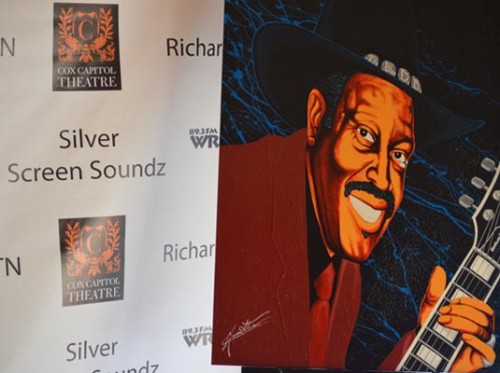 It was an awesome, sunny afternoon on February 9th, when hundreds of music lovers and the Chitlin Circuit converged on the Cox Capitol Theatre in celebration of the Stoop Down Baby Jam 2014 party! A day and night of Food, Fun & Fellowship to honor Robert “Chick” Willis who departed this life December 2013. It was Chick’s wish that all proceeds go to help children learn the art of music!

In the greenroom sat a big tin tub packed with ice cold beers for the party people’s pleasure! The stage was soulfully set. Mic checks were complete. The Soundboard was lit up like a Christmas tree. The Bar was fully stocked and the bartender stood attentive and eager to pour some more.

This venue for the musicfest is different annually, but normally it’s in Atlanta at Northside Tavern or it was held at Muddcats in Dunwoody which is no longer in business.

Marketing, mail-outs, Websites and Facebook are used to spread the word about the electrifying event.

Newton Collier recalls how he was the “front man” (producer) for Chick Willis. They worked with affluent, unforgettable artists such as Sam & Dave, Otis Redding, Johnny Taylor, Joe Simon and Percy Sledge.

Newton remembers their humble beginnings spotlighting segregation. “Back in the day in Jamestown, NC., the bandstand was in a barn with a rope separating chairs on opposite sides for black and whites.” Nevertheless, everyone had a dog-gone, forget-that-non-sense, stoop-down good time!

Totally keeping the crowd entertained, from the ATL, was Larry “Stagger Joe,” from WRFG 89.3 FM in Atlanta, serving as Emcee for the day. Listen to his exhilarating show Wednesdays from 8:00am to 10:00am or hit him up at higelfreedom22@aol.com

While listening to local bands rock the house, guest dined on an array of delectable dishes. Adorning the beautiful buffet table were: collard greens, black-eyed peas, jalapeno cheese cornbread, cheese grits, catfish fillets, coleslaw, lemonade and tea. Folks mixing, mingling, munching out and getting their drink on as they enjoyed this momentous occasion created a ambience that’s indicative of ultimate unification!

Capturing all the classy sights and smooth sounds were Carl “C-Funk” Gray of Fix It Productions from Atlanta and serving as Event Videographer, while Melanie Byas of Retrowarehouse in Central Georgia acted as Event Photographer.

The nickname “Chick” is derived from “Chuck” Fenda, another amazing artist.

Chick’s son, Robert Willis, Jr., said he was 19 when he started traveling with his famous father as a valet directly after high school in Donaldsonville, GA. He also managed a record shop owned by his dapper dad, which initially sold eight-track tapes. As time and technology progressed, they produced and sold cassette tapes and CDs. Junior smilingly reminisces on how back in the day they would “boot-legg” music!

For a closer look at the “Don of Blues,” visit his Website at www.chickwillis.com

Hope to see U next year at the Stoop Down Jam Benefit as the beat goes on!!!!

The third week in March 2014, commencing at 12 noon, the Northside Tavern in Atlanta will be rocking for two days as they presents the Chicken Raid Festival, featuring Mr. Frank Edwards, David “Steve” MudCatt and others! Partygoers are welcome to partake in goodies that are sure to be pleasing to their pallets at a glorious Gospel Brunch! For more info, check out the Website at www.muddcattblues.com

Crosswords Band will grace the stage at the upcoming Blues & BBQ Festival in Barnesville on April 25 and 26, 2014. For more information, check out their Website at www.crossroadsbandtripod.com

If writing, producing or making funky music inspires or appeals to you, make plans to check out the Chitlin Circuit when it rolls into your town! Visit any of the above referenced Websites for the low-down on all the details and hook-ups! Cause the everybody knows the best way to make it in the entertainment industry is to do these three things: Network, Network, Network!!!

I am President/Executive Producer of GOLD'D GROUP PRODUCTIONS Macon, GA. A member of (NAPW) National Assoc., of Professional Women, I have produced several suspenseful, mega-hit stageplays in the Middle Georgia area. 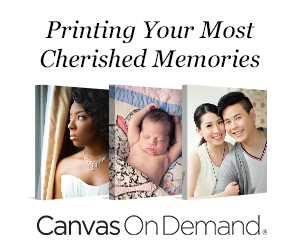