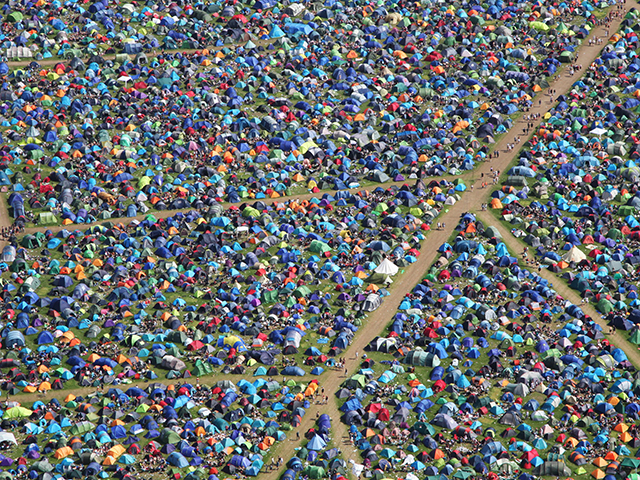 It happened 50 years ago, but now the 1969 Woodstock Festival is just a memorable dream!

Woodstock 1969 was the ultimate music festival of its time or any time, for that matter, and efforts were made to celebrate its 50th anniversary at Woodstock 2019 — a.k.a. Woodstock 50 — but, alas, it was not to be. The following review below and our article entitled, Woodstock (One) Opens, shares insights about this phenomenal event.

The 1969 Woodstock Festival in upstate New York was an event that changed the world. It was the first time that so many people gathered together to listen to music in an outdoor setting. It was historic because of the sheer volume of people (estimates are 450,000) who attended and because of the performers who took the stage. Instead of just being a concert, it became an event. The cultural significance of Woodstock cannot be overlooked.

Hippies and flower power were all the rage at that time. The youth was disenfranchised by the system and Vietnam War protests were taking place every day. Though the concert was not a war protest, the event itself became a protest. There were political figures such as Abby Hoffman there to talk about the war and why he was against it. There were politically inspired songs which captured the flavor. There were people who came to party but ended up coming into a group consciousness, an awakening of freedom.

The Woodstock Festival was originally supposed to be held in Woodstock, NY, but it was actually held in Bethel, NY on a farm owned by Max Yasgur. When the idea for the concert first came up and permits were needed, the organizers estimated there would be 50,000 people, which was a large number. As word of the event spread, it garnered the attention of hippies all around the United States. People wanted to come from nearly every state, and the idea of having 50,000 crazy hippies in town was no longer appealing, so they withdrew the permit for the concert.

Max Yasgur came forward and offered his farm as the new site for the concert. The organizers had no choice but to accept his offer and so the concert venue had changed to a pig farm. There was no way that anyone could have known the appeal this concert would have on the youth. So many people showed up that the New York State Thruway was shut down and turned into a parking lot. Concert goers abandoned their vehicles and began walking to the event.

There were big names at the concert such as The Who, Jimi Hendrix, Joan Baez, Grateful Dead, and Janis Joplin. There were so many acts that they had to construct multiple stages to accommodate all the performers who wanted to partake in this once in a lifetime event. Musicians who performed remember it forever and the ones who did not, regretted it forever.

Woodstock has become synonymous with counter-culture, drug use and hippies but ask those in attendance and they will tell you that it was so much more than that. It was a movement of a counterculture who were more in tune with worldly events then at any other time. It was message of peace, harmony and love in a world that was in such a mess. In many ways that message has now been lost forever. Today we have a new world which is less caring, with more crimes including home invasion burglaries, large drug running gangs and a culture of greed & corruption… but we can still have the mystical memories of 1969 and the dream of Woodstock.

About the author: Mark Ralph is an artist, art critic, and curator. For Woodstock Information, visit Woodstock Memories; for memorabilia, go to Woodstick Memorabilia; and stay updated with Woodstock News.