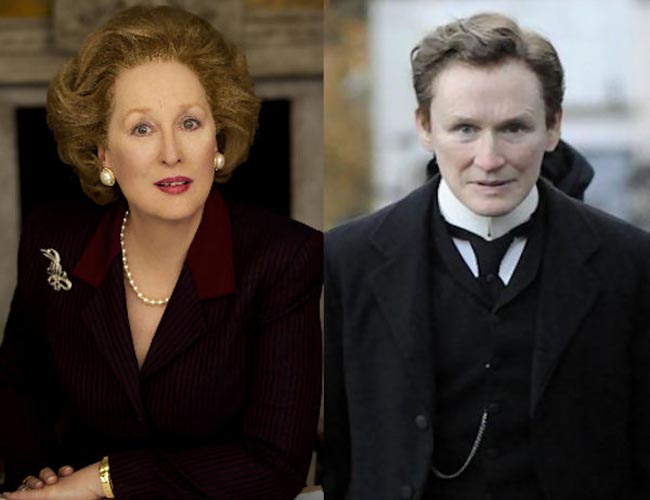 Glenn Close and Meryl Streep are two of the greatest living, working actors. Their work is celebrated around the world and any movie buff is likely to be familiar with most of their films. Highly acclaimed, they have been nominated for and awarded Oscars, Golden Globes, Razzies, and too many others to list here.

So what if there was a head-to-head battle between two Titans of the acting world, Glenn Close and Meryl Streep? Most movie buffs could mention any number of films starring these highly-acclaimed thespians without much prodding.

Have you ever wondered how a head-to-head competition between Close and Streep would pan out? Here’s a battle between the characters from some of their most memorable films of the 1980s. May the best Titan win:

Glenn Close, a 12th-generation New Englander educated in Africa, Switzerland and the United States, consistently has been acclaimed for her versatility throughout her career. She has been awarded three Tony Awards, eight Golden Globes, an Emmy Award, nine Golden Globes nominations, a Screen Actors Guild nomination, a BAFTA nomination, a National Board of Review Award, an L.A. Film Critics Award, a New York Film Critics nomination, eight Emmy nominations, and six Academy Award nominations (she ties the record for being the actress with the most Academy Award nominations never to have won—along with Deborah Kerr and Thelma Ritter).

The World According to Garp is based on the 1978 best-selling novel of the same name by John Irving, who wrote the book partly in an effort to invent the biological father he had never known. It chronicles the life of an illegitimate son of a feminist who wants a child, but not a husband. The film focuses on themes involving fatherhood, lust, adultery, death, and loss.

Sophie’s Choice is the story of a Polish immigrant who survived the Nazi concentration camps. Alan J. Pakula, who directed the movie, wrote the script based on a novel of the same title by William Styron, who wrote the book with Ursula Andress in mind for the main character. This is widely regarded as Streep’s finest performance and her characterization was voted the third greatest movie performance of all time by Premiere Magazine. Sophie’s Choice is ranked #1 in the Roger Ebert’s Top Ten List for 1982.

Silkwood is a thriller about a woman who died in a suspicious car accident while investigating alleged wrongdoing at a plutonium plant where she worked. The film is inspired by the biography of Karen Silkwood, who became an activist when it was discovered that plant managers were falsifying safety reports and risking the welfare of workers. Lily Tomlin auditioned for the role that was played by Cher, who debuted in her first role on the big screen.

Jagged Edge was a blockbuster murder mystery in which a prosecuting attorney-turned-defense lawyer falls in love with a rich, charming client accused of murdering his wife. Along with Close, the film starred Jeff Bridges, Peter Coyote, and Robert Loggia, who received an Oscar nomination for Best Supporting Actor. Kevin Costner turned down the lead role that eventually went to Jeff Bridges.

Out of Africa is based on an autobiography by the Danish author, Isak Dinesen, that was first published in 1937. The book recounts events during the 17 years when Baroness Blixen-Finecke lived on a coffee plantation in Kenya. The film, however, focuses primarily on Blixen’s troubled marriage and affair with a big-game hunter, played by Robert Redford.

The highest grossing movie in the U.S. for 1987, Fatal Attraction is an adaption of “Diversion”, a short film made for British television by James Dearden. The film was released with an alternate ending, reportedly inspired by the film Diabolique, because test audiences didn’t react well to Close’s character committing suicide. The character of Alex Forrest, played by Close, was listed as the seventh greatest movie villain on AFI’s 100 Years… 100 Heroes and Villains in 2003.

Ironweed is about an alcoholic vagrant who accidentally killed his infant son years earlier and the demons that now haunt him. The story is based on a novel by William Kennedy, who won the 1984 “Pulitzer Prize for Fiction” (Kennedy also penned this film’s screenplay). Not only was Streep nominated by the Academy, but her co-starring lead, Jack Nicholson, was nominated for Best Actor in a Leading Role.

A period drama, Dangerous Liaisons is based on Christopher Hampton‘s play, Les Liaisons Dangereuses, which in turn was a theatrical adaptation of Pierre Choderlos de Laclos‘ 18th-century French novel of the same title. The film co-starred John Malkovich, Michelle Pfeiffer, Keanu Reeves, and Uma Thurman. This story had yet two other incarnation the following year, both entitled Valmont, which were not as well received and were considered not half as good by the critics and others.

This film, based on the true story depicted in John Bryson‘s 1985 book Evil Angels, is about the case of an infant who disappeared from a campground and her parents’ struggle to prove their innocence. The movie was released less than two months after they were exonerated of all charges. A Cry in the Dark was voted as one of the “Top Ten” best films in the courtroom drama genre by the American Film Institute.

In additional to the above-mentioned films, we submit that the additional films be included in the Battle of The Titans: Close vs. Streep!

This 1996 Walt Disney film is a remake of a 1961 animated version of 101 Dalmations, which was based on Dodie Smith‘s 1956 novel Hundred and One Dalmatians. The story takes place in London, and interestingly enough, the film’s animal action includes wild raccoons and a wild skunk, which in reality do not occur wild in Britain.

Meryl Streep as Miranda Priestly in The Devil Wears Prada

This 2006 film is loosely based on the Lauren Weisberger novel of the same title. It co-stars Anne Hathaway as the aspiring journalist who lands the job as an assistant to the powerful fashion editor played by Streep. Peter Bart, co-host of “Shootout,” said of the film, “The Devil Wears Prada is an energetically directed, perfect-fit of a film that has surprised some in the industry with its box-office legs.”