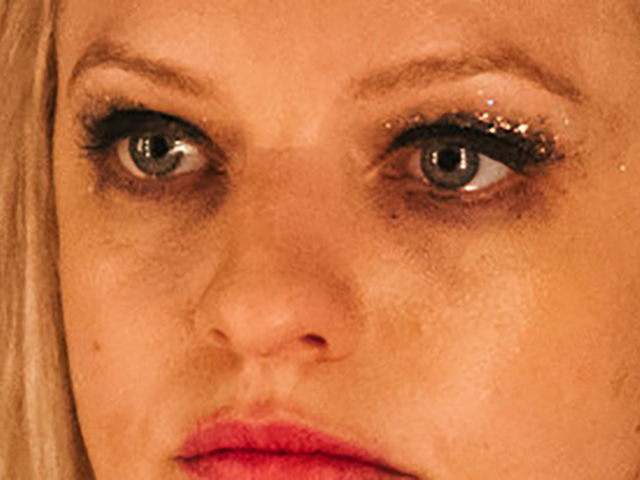 shared her playlist of songs that she listened to in order to prepare for her role in Her Smell, the unnerving drama about addition and fame. The versatile actor of wide range has portrayed all types of characters, from the fragile and scarred mental patient in Girl, Interrupted (starring Angelina Jolie

), to one of the main characters in the latest adaptation of H.G. Wells

Along the way, Elisabeth Moss created her best known television and cable characters. A few years ago she embodied the ambitious secretary-turned-copywriter, Peggy Olson, in AMC’s dramatic series, Mad Men, which aired for seven seasons. Lately, Moss can be seen in the recurring lead role as Offred, a sex slave and fertility surrogate in The Handmaid’s Tale

, a Dystopian drama based on the book by Margaret Atwood

. In Her Smell, which received positive reviews from critics, Moss plays the lead singer of a punk rock band whose self-destructive behavior sabotages her group’s success.

In an article published in May 2019, Moss gives us the playlist that she listened to during the movie’s filming. It is a follows:

Read the original USAToday article — which includes Moss’s explanations of why she chose these particularly songs — at Elisabeth Moss shares 10 songs that inspired her punk-rock performance in ‘Her Smell’.

Of Origins and Belonging, Drawn From Atlanta