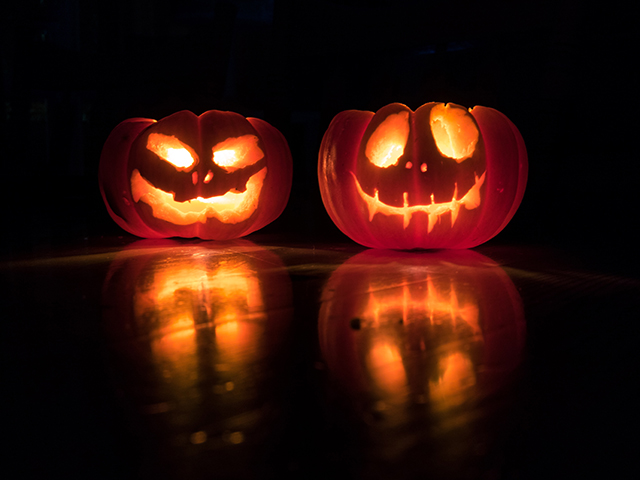 Here are some top Halloween costumes during past five years. And they are great choices for any Halloween or costume party this year!

This Sister Has a Spellbook 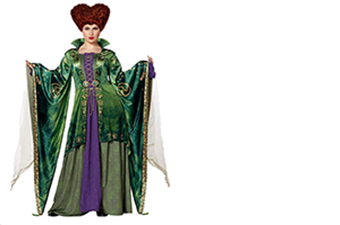 costume that will have you looking and feeling just like your favorite Sanderson Sister.

The fantasy comedy-horror drama film is about a villainous, yet comedic, trio of witches, who are inadvertently resurrected by a teenage boy in Salem, Massachusetts on Halloween. It is usually broadcast annually on television around Halloween, so it has developed a cult following.

You’ll love casting spells in this costume and pretending like you’re in Salem this Halloween. Add this deluxe Hocus Pocus costume to your collection and you’ll always be ready to show off your fandom. 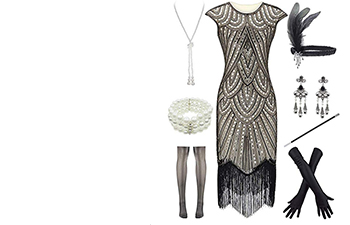 features a sequined Flapper dress with accessories that include sexy thigh-high fishnet stockings, which gives your legs a skinny and unique appearance. This is a “must-have” item for your sexy wardrobe!

The set comes with elegant black satin opera-length gloves, made of Spandex stretch fabric (one size fits most). They are stretchy and easy to put on.

A pearl necklace of timeless classic style is included. It is knotted in between each pearl, weighty, and made of none-cheap plastic. You could wears these pearls every day.

This costume is ideal for Halloween or costume parties with a dress up theme of the Roaring 20’s.

There might be no better time than during this 50th post-year after Woodstock — held on August 15–18, 1969 — to masquerade as a member of the Hippie movement.

Many costume parties will occur not too long after the 50th Anniversary of the infamous music festival, which was billed as “An Aquarian Exposition: 3 Days of Peace & Music.”

There are two interesting selections for women: a vintage multi-color Disco Hippie costume and Hippie Peace and Love

The original festival, alternatively referred to as the “Bethel Rock Festival” or the “Aquarian Music Festival,” featured 32 acts that performed to an audience of more than 400,000 despite sporadic and sometimes torrential rain.

Woodstock has become widely regarded as a pivotal moment in popular music history, as well as, a defining event for the “counterculture generation,” so this is a great year to pay homage to this singularly historic event!

Incarnation of Valak from The Conjuring 2 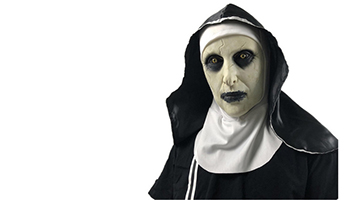 Why not masquerade as The Nun in a cosplay at any horror-themed Halloween Party in a horror mask?

This unofficial covering with latex mask and black veil will costume you as the demon nun from the Gothic supernatural horror film of the same name. The scary film is about a Roman Catholic priest and a nun in her novitiate as they uncover an unholy secret in 1952 Romania. The film achieved second place in the global popularity ranking of films.

By the way, all of you horror movie fans will be thrilled to know that a sequel to The Nun

is currently in development and the producer has stated that there is a “really fun” story line planned for the film. Sooooo… this costume could prove to be evergreen! 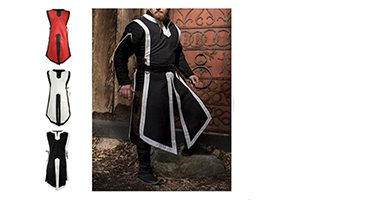 No need to wait for your local Renaissance Festival or Fair. Men can role play or cosplay this Halloween — and during any festival or costume party — in a Medieval Long Uniform costume that comes in many colors.

These outdoor weekend gatherings typically recreate the historical setting and are usually held in community parks, theme parks, fairgrounds, or other large public or private spaces. And there is an abundance of costumed entertainers or fair-goers, with musical and theatrical acts, art, handicrafts, and festival food.

for adult and children in case you and your family are planning to cosplay at your next Renaissance event.

Traveling on The Back of A Frog

If you’re looking for something with humor in mind, this funny adult costume is for you!

The Cosplay Frog Pants outfit has step-in legs that give the illusion that you’re walking or riding on the back of a giant frog. The false human legs hanging along each side of you are especially helpful to the whole idea of this costume.

The leather Steampunk Plague Bird Nose Mask just might be a key accessory of your “Techno Geek” costume.

This is especially true if you’re into the sub-genre of science fiction or science fantasy that incorporates 19th-century industrial steam-powered machinery and technology into its aesthetic designs.

If you’re planning or attending any 19th-Century British Victorian era or American “Wild West” alternative history period parties, this mask is surely for you. 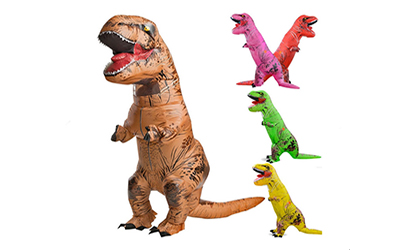 Talk about being a popular item this year, this Jurassic World Park Dinosaur costume for adults appears to be on the “well sought after” list.

This might be attributed to the Maid-of-Honor who wore a similar outfit to her sister’s wedding because the bride told her that she could wear anything she wanted.

Surely, that’s probably taking it a little bit literally too far, but you’ll be a hit at any Halloween or costume party this year if you dress up in this one.

Many other great costumes

May I Have More Please Quiche Melts In Your Mouth